Product reviews are not safe anymore.

I’ve read a few articles recently talking about the proliferation in Facebook groups for buying fake 5 star reviews for Amazon listings. (If these journalists are finding them why doesn’t Amazon do something?)

Dropshippers are also cashing in on “fake” reviews. Now I’m putting “fake” in quotations because I don’t know if all these reviews are made up. The app I mention below allows you to import reviews as well as write your own. I’ll explain.

What happens is someone has a dropshipping store selling junk like horse bracelets. (Not all dropshippers sell junk, but if you’re using one of these apps then you’re probably selling junk that nobody is buying or wants to actually review on your site)

They’re getting them from AliExpress or Alibaba or wherever.

Now they just install an app like Ali Reviews in Shopify and they instantly have product reviews!

One of the more popular review import apps on Shopify

This brings in all the reviews for that particular product.

But these aren’t reviews from their actual customers or people purchasing on their site.

These reviews are just for that product on AliExpress. 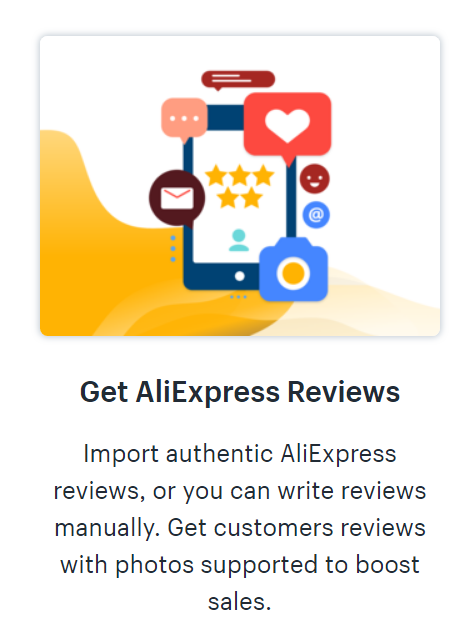 Ali Reviews claims you can write your own reviews manually (which they spin as “You can create your own content”). They also allow you to import only reviews with certain star ratings (4 or 5) as well as “easily manage reviews” (ie. delete negative ones).

Not only can you import reviews from Ali Express, you can pick only 5 star ones, and blacklist ones with keywords you dislike. Even write your own reviews!

These reviews give a false appearance that people are shopping on the site. Nobody wants to be the first person to shop on a new site or to be the first to buy a product. We want to see that others have bought it and know that they had a good experience with both the product and the site.

I don’t care how great the product is, if it shows up 2 weeks late I will leave a lower review.

This dropshipping site is using this app to give the appearance that they have customers.

They also claim that they are the lowest price when I can get it for $2.33 on AliExpress.

The same dropshipper trying to say they have the lowest prices

The same product for sale on Ali Express

To me, this stuff is so easy to spot. I don’t know if the website I called out has ever had a sale just based off the design of the site.

But I want to point this stuff out in case there are people who don’t know about dropshipping and how a site could show reviews that aren’t actually their own.